It is easy for you to see a lot of courses available out there in the market that promises to show you how to make money by taking advantage of drop shipping or fulfillment services.

The fact is that these courses are likely made by entrepreneurs who have made a few million through these services or methods, and who promise to help other people quit their own full-time jobs.

Kevin David is among these people and has been featured in articles on Forbes and Entrepreneur for his accomplishments. 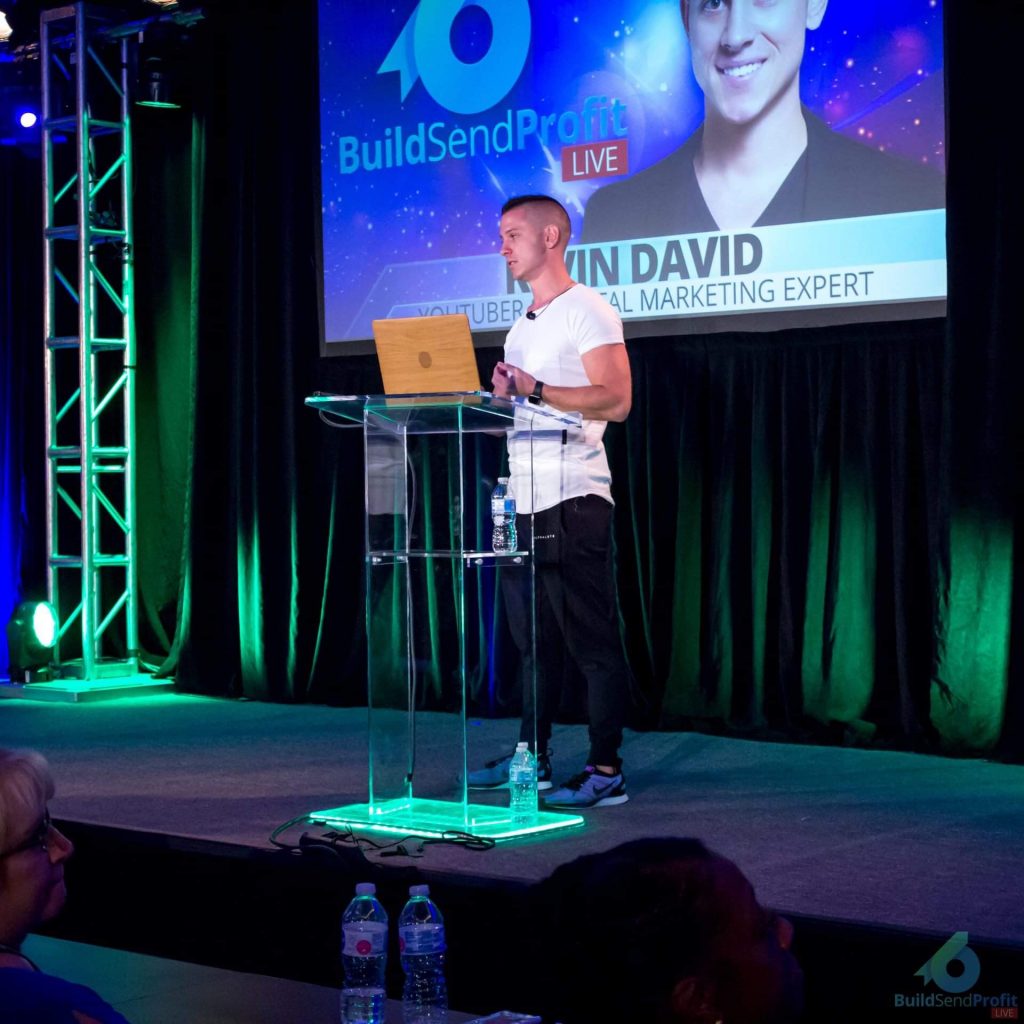 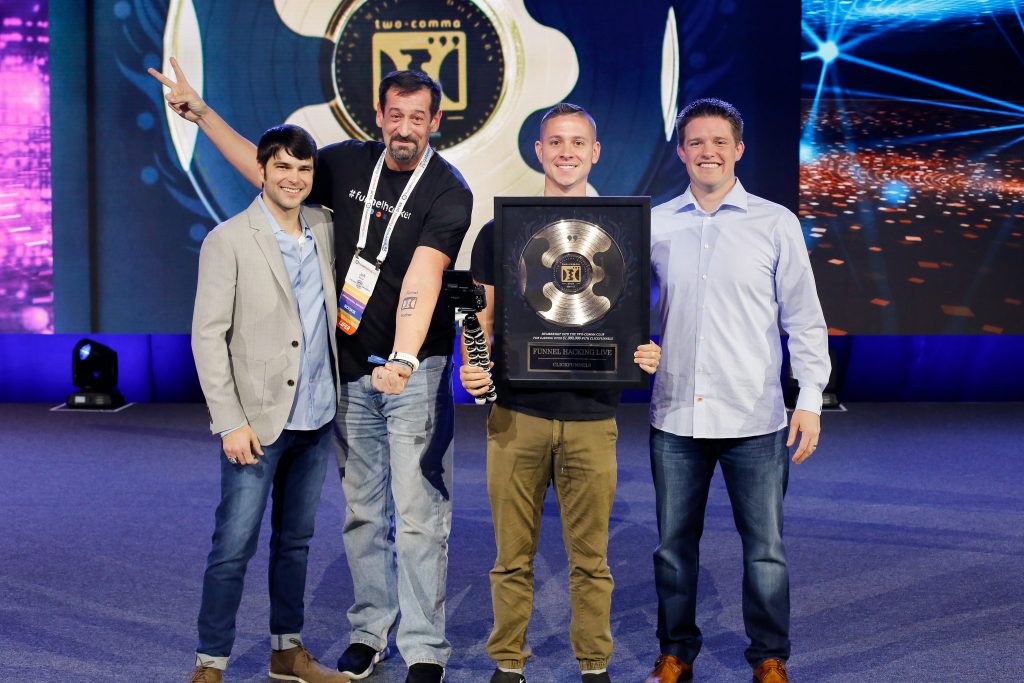 Kevin David claims that he is an entrepreneur from Oregon who built his career and fortune through Amazon’s FBA system. He started a company, which has an ultimate goal to set people free from 9-5 corporate slavery.

His official page boasts more than 2,300 people who quit their jobs following success from his course, and more than 50,000 people who take advantage of his courses. As far as I know, his aim is to “help people become financially free.”

Now, let’s look at the article below in order to find out more about Kevin David and his courses.

David grew up in Eugene, Oregon, where he found out a passion for a company from an early age. After attending and graduating with distinctions from Oregon State Honors College, he worked as an accountant for some time before becoming a privacy consultant at Facebook.

However, David was not satisfied with his daily life and began looking for alternative ways to create extra income. He began with Amazon’s affiliate program, but finally found out Amazon’s FBA businesses, which would generate him millions of dollars.

Since then, he has concentrated on helping others take advantage of these kinds of businesses, and to train them to become better online businesses. His courses have twice been awarded the “2 comma club award.”

This course has been renovated for 2019 and promises a 14-day money back refund. Nevertheless, this is only guaranteed in case you have accessed less than 40% of the course.

The course gives step-by-step tutorials that outline how David himself brought himself to his current success in his e-commerce businesses.

Testimonials state that previous successful customers have been able to quit their own full-time jobs, with a constant improvement in income from their new online businesses.

Some steps shown in the course contains finding the right products to sell, the effective way to rank your products in the first page on search results pages, and how to save your costs while increasing profit.

The course also provides you with one-on-one consultations with Kevin David and other students of the course, as well as access to the course and community for life.

This course also shows the same 100% money back guarantee as to the Amazon FBA course.

It teaches its students the fastest way to generate “laser” targeted ads for specific groups and demographics on Facebook.

Other tactics packed in the course include ways to improve conversion rates from ads, psychological marketing strategies.

This course also comes with access to live training and to the online community of other “ninja” students. It contains 6 modules, with 90 videos and PDFs. So you will be able to access for your entire lifetime.

It is packed with three bonuses offered with the course: how to use the “tripwire technique,” a blueprint for Instagram posts, and the fastest way to use Facebook Messenger bots.

As with his other courses, David’s Ninja Course for Shopify also guarantees your money back if you consider that it is not the right tool for you, within 14 days of purchase. This guarantee is given on the stipulation that you have not accessed over 40% of the material.

The Shopify course is packed with David’s secrets that allow him to rise to the top of the drop shipping trade as well as a detailed outline of how to get started on Shopify.

He also presents his top-rated plugins and systems that he believes every Shopify shop owner should own, as well as his way of finding lucrative, specific niches and finding new product trends.

He teaches the most effective to target potential customers, and gives instructions for generating ads that will lead to high conversion rates and finding out the best influencers for your products are also discussed in this course.

David’s YouTube channel is devoted to his trade and offers testimonials from successful students as well as snippets from his webinars such as Amazon, Shopify, and Facebook Ads. You can also get reviews of his courses on the channel as well.

Besides, David provides you with his advice related to careers and investments, reviews products and apps such as the Apple credit card and shows his own philosophies.

His most well-known videos on YouTube cover Facebook Ads in 2019 (recently at 1.6 million views) and the best way to generate money by watching videos (currently at 1.2 million views).

He also shows mentality and mental health in videos such as “How to Overcome Fear and Anxiety in 30 Seconds,” in which he recommends his fans and viewers to do an audit of their own thoughts and thought patterns.

He believes that everyone can learn the best way to shape their mental patterns and that it starts with asking yourself the question, “What is the opposite of fear?”

In “The Ninja Podcast with Kevin David” you can easily get access to officialkevindavid.podbean.com. Thus, David shows his philosophy and his various courses.

There are some releases some tips and tricks of generating and maintaining the successful online businesses. These podcasts have upwards of 2,000 downloads each, with the most popular episode of 2019 titled, “How the Rich Get Rich – Understanding the Why.”

A lot of these podcasts find out the mentalities and strategies that business owners must have if they are to find out the success and become totally lucrative.

David refers to showing these mentalities as “hacking” one’s brain and help those who take his courses and listen to his podcasts to gain their dreams of becoming millionaires.
He also comes with more difficult subjects like depression and loneliness, and the way for online business people to approach and overcome these problems.

Some declare that David’s courses are either spam or scams, while others believe that they have experienced enormous success as a result of his course.

Nevertheless, all reviews should be taken with a grain of salt; many of them who leave negative reviews often quit the course very rapidly, disappointed that they did not generate money faster.

On the other hand, all the testimonials packed on David’s official pages for his courses are from his most successful clients.

What is Kevin David’s net worth?

Where did Kevin David go to school?

David attended Oregon State Honors College, where he graduated in 2013 from an Accounting and Business Information Systems program (BASc). He had a GPA of 3.85, based on his LinkedIn profile.

What is Amazon FBA?

With Fulfillment by Amazon, you can feel free to sell and list products which Amazon will automatically store, pack, and ship for you. You can choose to save maintenance, storage, and shipping fees, and Amazon will also provide you with the support for you since they are the ones who help keep track of the shipping and product information. 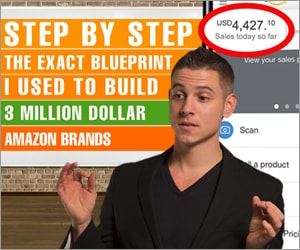 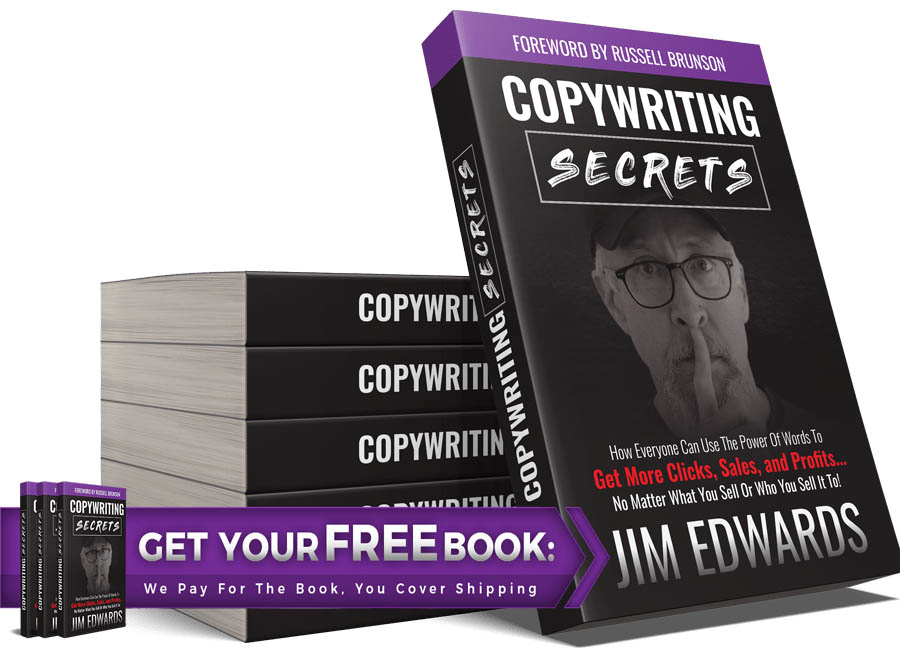